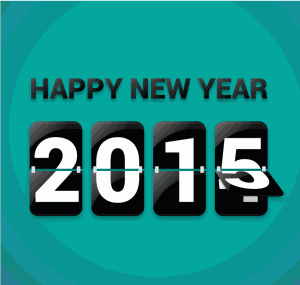 As you wave goodbye to 2014 and look forward to the excitement that 2015 promises, you’ve no doubt already signed up for a Zumba class and sworn to ditch the ice cream fueled movie nights, but have you taken a look at your written English recently?

Let’s welcome 2015 by looking at how a misplaced comma can make you look like a turkey, how an actor wearing a dress can cause some confusion and why ending a sentence with a proposition could lose you the woman of your dreams. 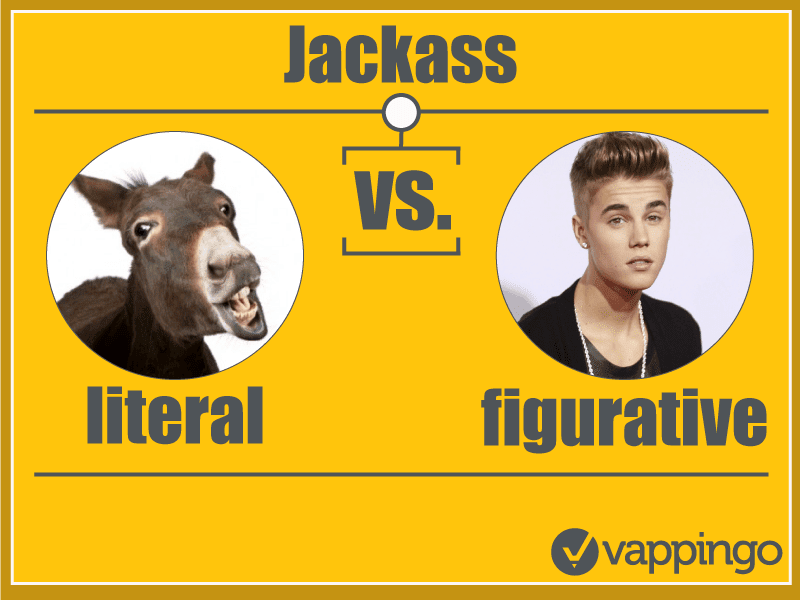 If there’s one quick and easy way to look uneducated, this is the one. Let’s get one thing straight: literally means the literal use of a word (of course it does). When you use the word literally, you are not being figurative, symbolic, or in any way metaphorical. Why then, do people use this word to describe situations that are figurative, symbolic, or in some way metaphorical?

“He literally exploded with rage.” Did he? Really? Wow! I would not like to have been around in the grisly aftermath of that.

“The band literally raised the roof.” That’s quite a feat. Hopefully, it wasn’t raining.

“She literally went on an emotional rollercoaster.” Can we ride on this one at Disney?

When you write, “literally…” in an important document, make sure you are describing something exactly as it happened; be literal. When it comes to writing essays, personal statements, business documents or any other important document, you do not want to be accidentally entertaining; it will literally damage your credibility. To avoid embarrassing mistakes, make sure you have your text proofread by a professional proofreading service.

The family lawyer will read the will tomorrow at the residence of Mr. Hannon, who died June 19 to accommodate his relatives. (How very considerate of him.)

Decked out in a stunning vintage Versace gown, the man couldn’t take his eyes off his Academy Awards date. (Each to their own.)

The problem with these examples is that the participle phrase that commences the sentence is not intended to modify what follows. To avoid errors like this, you should always ensure you keep your modifiers next to your modifiees and that the opening phrase does belong with the sentence that follows.

The comma splice is a very common mistake in which a comma is used to join two independent clauses.

Incorrect: The brontosaurus fell into the toilet, the stegosaurus followed.

There are three quick methods you can use to fix a comma splice:

The option that is most suitable may depend on the nature of the independent clauses. But whatever you do, don’t even consider using the comma splice or your reader will think you’re a turkey—and not a smart one at that.

Read more: When to use a comma: 15 comma rules

“A lot” is acceptable English. “Alot” is not even a word. Lesson over.

5. Ending a sentence with a proposition

This one is best described with a joke: 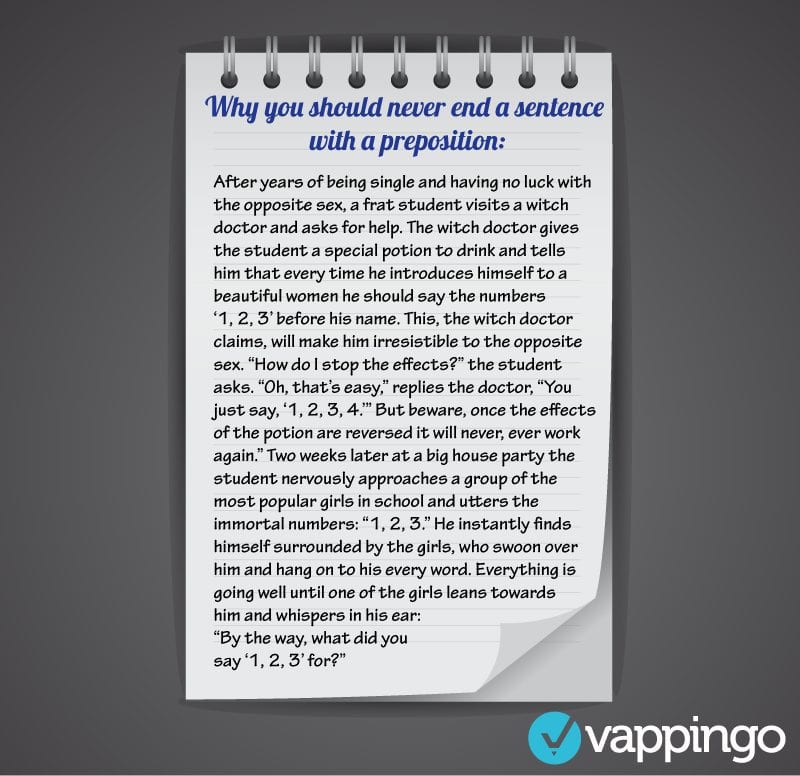 …and that is why you should never end a sentence with a preposition. Not sure what a preposition is? Take a look at our guide to how to identify prepositions. If that doesn’t float your boat, you could try these preposition games.

6. Incorrectly placement of the word “only”

Now, before this post attracts some strongly worded comments, I recognize that this is technically not a grammatical error. However, it crops up so often that it’s worth looking at.

One of the quickest methods of changing the entire meaning of a sentence is to change the position of the word “only.”

While none of these sentences are grammatically incorrect, the incorrect positioning of the word only can be a source of great confusion and can cause your reader to completely misunderstand your intended message. Trust me; this happens A LOT (not alot). If you have even a tiny doubt about where the word only should be placed, do not use it at all.

7. Confusing “accept” and “except”

It’s amazing how many people can’t tell the difference between the words accept and except. Here’s a simple way to differentiate. The “x” in except excludes things. Once you accept this, you’ll have it covered.