get your feet wet 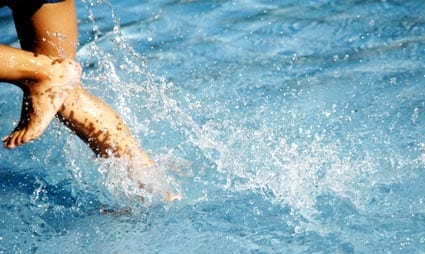 Fig. To try something for the first time, to have a go at something new.

To get your feet wet means to experience something for the first time and the idiom is especially relevant if the task involves some type of risk. This is another idiom that evolved from a story contained within the Bible. During the time of the Exodus of the Children of Israel from Egypt, Moses parted the Red Sea. After the change in leadership from Moses to Joshua, God performed the same miracle, telling Joshua to part the Jordan River so that his people could enter the promised land. On this occasion, however, he tested the faith of the people by telling them that they must first get the soles of their feet wet, i.e. they must walk into the water and have faith that God will help them. Those that had the courage to get the soles of their feet wet were rewarded.

Examples of idiomatic phrases in use:

I’m looking forward to learning to horse ride. I can’t wait to get on that horse and get my feet wet.

You are encouraged to get your feet wet by climbing the smallest mountain first.

let your hair down 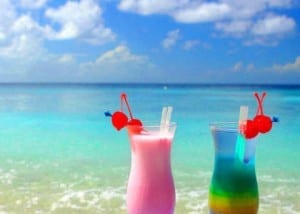 Fig. to act in a carefree manner.

The phrase derives from the 17th century when women always wore their long hair pinned up. To be seen in public with your hair down was to disgrace yourself and risk creating the perception that you were unkempt. However, women would often let their hair down in private, especially at bedtime, and hence to have your hair down became synonymous with being relaxed and at ease.

Examples of phrase in use:

You should have seen Kim dancing at the wedding last night. She really let her hair down.

We have paid for everyone’s drinks for the evening, we want you to have a good time and let your hair down.

let the cat out of the bag

Fig. To reveal some information that was supposed to be kept secret.
To let the cat out of the bag means to divulge a secret. It is believed that this phrase originated in the markets and fairs of the medieval period. During this time, people would sell living livestock to their customers. The customer would choose the animal they wished to purchase from the selection on sale, and it would be placed into a sack for them to take home. Some unscrupulous merchants may sneakily switch the animal the customer had chosen for a cat–an animal that was readily available–and the customer may not notice this until they arrived home, by which point it would be too late. However, if the bag was opened in the marketplace, the customer would let the cat out of the bag and the con would be revealed; the secret would be out.

We were trying to keep our relationship a secret but Sarah went and let the cat out of the bag.

Don’t tell anyone I told you about John’s promotion, I’ll be furious if you let the cat out of the bag. 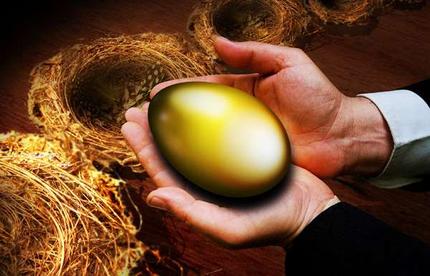 Fig. Monetary savings or assets that will be used at a later date.

To have a nest egg means to have some savings that are intended for the future. A nest egg may be in monetary form, or it may be in a different form of assets, such as stocks and shares, jewelry or a retirement plan.

The origin of this idiom is very hard to trace. Many sources believe that it alludes to the age-old practice of placing a china egg in a hen’s nest to encourage her to lay. Perhaps the implication was that the egg could be retrieved at a later date when it was needed elsewhere.

She has a nice little nest egg for her retirement.

Don’t spend all your money, make sure you have a nest egg in case something goes wrong.

nothing to write home about

Fig. Not particularly special, mediocre.
If someone uses the idiom “nothing to write home about” they are implying that the subject or thing to which they are referring was satisfactory but isn’t something that stood out in any way. They have nothing special to say about it, and therefore it isn’t worth writing a letter home to tell others about it.
It is believed that this idiomatic expression first became popular during World War I when soldiers on the front line would communicate with their friends and families back home via letters. If they had nothing to write home about, then the implication was that nothing special had happened that was worth taking the effort to write a letter about.

Example of phrase in use:

I ate all my food in the restaurant but it was nothing to write home about by any means.

The hotel was in a good location but the rooms were nothing to write home about.

Fig. an aspiration or ambition that is impossible to achieve.

If someone has a pip

e dream, it means they have an impossible notion or a wish that they dream of achieving.  People use the idiom to refer to someone who has unrealistic plans and dreams.

The origin of the idiomatic phrase: pipe dream

There are two explanations available concerning the origin of the idiom pipe dream.  The first concerns opium and the fact that this drug, when smoked through a pipe, caused people to hallucinate and have dreams.  As such, the phrase pipe dream emerged as a means of describing a dream that was unrealistic and illusionary.

The second potential explanation for the idiom pipe dream derives from the story of Samuel Heatherstump, an Englishman whose job it was to empty the chamber pot of royalty.  He dreamed of a waste sewerage system where the offending waste could be washed away via a system of pipes.  People laughed at him and said that his “dream of pipes” was unachievable. However, he never gave up and eventually did achieve his pipe dream.  His story, if anything, demonstrates that we should not always be quick to downgrade the dreams of other people as pipe dreams!

He is still in love with Janice.  He thinks she will notice him one day and they will live happily ever after; it’s just a pipe dream.

Darren is dreaming of quitting his job and starting his own business. We’ll see if he can turn his pipe dream into reality.

Idiomatic phrases in English: Next Page >

4 thoughts on “Idiomatic Phrases in English: 19 of The Best”