Fig. To pass away, die.
If someone pops their clogs, they die.

The phrase pop your clogs is believed to have become popular in England in the late 19th – early 20th century. During this time, the word “pop” was a slang expression that meant “to sell.” Therefore, to pop your clogs means to sell your clogs. Clogs were the footwear of choice among lower working classes, especially those who worked in the mills. Family members would often sell the clogs of their deceased relatives in order to raise extra income.

Examples of idiomatic phrase in use:

The atmosphere at work hasn’t been the same since poor Henry popped his clogs.

If you don’t stop eating beef burgers on a daily basis you’ll pop your clogs.

salt of the earth 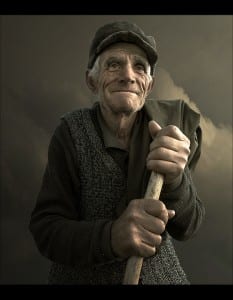 If someone is described as being salt of the earth, it means that they are considered to be an honest, reliable and worthy individual. The idiom comes from the King James Version of the Bible, in which Jesus says: “Ye are the salt of the earth: but if the salt have lost his savour, wherewith shall it be salted? it is thenceforth good for nothing, but to be cast out, and to be trodden under foot of men.”

During Jesus’ time, salt was more valuable than gold because it had a wide range of uses and was considered a rare delicacy. Within the quotation, Jesus was telling his disciples that they were more valuable than gold; they are the very best of people because they suffer persecution in order to display their loyalty to him.

Today the phrase is applied to the type of people that are decent and hardworking and who often go about their daily lives without any type of complaint or criticism.

Examples of Idiom in use:

Tim Jones is an unsung hero. He’s strong and decent – the salt of the earth.

The McDonalds are a really lovely family – salt of the earth.

Fig. to be ahead of a rival, a long way in front.

If someone is described as being streets ahead, they have a significant lead over their competitor or rival.

It is believed that the idiom developed as a result of the way in which news was spread in the times before newspapers, televisions or radios. In England, town criers would circulate the streets, shouting the news to passers-by. The criers would start at the town hall, in the centre of the town, and spread the news gradually through the streets. If you lived in a street close to the town hall, you were streets ahead of those on the edge of the town because you heard the news first.

He won the race by a mile. He was streets ahead of the boy who finished second.

The new corporation is streets ahead of its rivals when it comes to innovation. 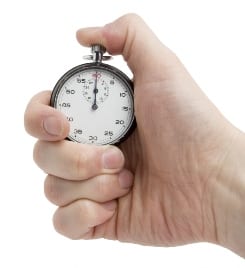 Fig. On the last possible minute, at the latest time.

Why do you always leave your homework until the eleventh hour?

Brian finally made the sale and hit his targets in the eleventh hour.

the thin edge of the wedge

Fig. the start of a potentially harmful development.

When people use the phrase the thin edge of the wedge, they are referring to an insignificant act or idea that they believe is highly likely to lead to something much more serious.

The term refers to the way in which a wedge is often used to break apart heavy materials, such as wood or stone. The thinner edge of the wedge is driven into the material and then the thick end is hit with a hammer, forcing the material apart. Hence, the idiom insinuates that taking a small action could have very significant consequences.

Example of idiomatic phrase in use:

Asking us to start work 5 minutes earlier is the thin edge of the wedge. It won’t be long until we’re working an extra hour with no overtime.

Fig. Very close, heavily involved with one another.

When people use the phrase thick as thieves, they are implying that two or more people have a very close relationship with one another and are intimately allied. It can also be used to insinuate that two or more people are involved in some sort of conspiracy; they are in cahoots with one another.
It is believed that the term originates from the concept of people within a criminal network. Thieves and partners in crime are required to share secret information and work closely with one another to conduct criminal activity.

Idiomatic phrases in English use:

Tim and Harry used to argue and fight all the time but now they’re thick as thieves.

Those girls are up to no good; they are as thick as thieves.

straight from the horse’s mouth 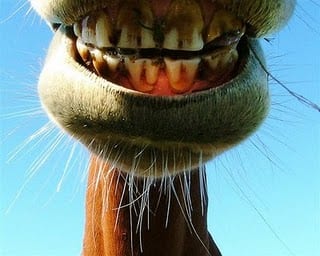 Fig. from the highest authority available.

When people talk about something coming straight from the horse’s mouth, they are inferring that the information they have has come from a very reliable source, often from the highest authority available on the subject.
The phrase originates in horse racing and, in particular, betting circles. When people place bets on horses to win a race, they like to have insider knowledge and look for tips on a horses form from those who are the closest to the horse, e.g. stablehands or trainers. To hear straight from the horse’s mouth would be the best information available although, of course, this is notional!

It’s true that the head teacher is leaving, I heard it straight from the horse’s mouth.

If you don’t believe me, go and ask John so you can hear it yourself, straight from the horse’s mouth.

Another very popular idiom about an animal is the term black sheep of the family.

If there are any idiomatic phrases in English that you would like us to cover, get in touch with us on Twitter: @vappingo.

3 thoughts on “Idiomatic Phrases in English: 19 of The Best”