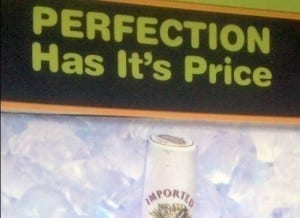 In this quick article, we answer the question, is the word “it” a noun?

We also review what nouns are and investigate the circumstances in which the word “it” may be construed as a noun. Before answering the question “is the word ‘it’ a noun?”, it is worth taking a look at the difference between nouns and pronouns.

What is a noun?

A noun is a naming word that is used to name a person, place, thing or abstract idea. There are abstract nouns and concrete nouns.

What is a pronoun?

Let’s have a look at an example:

The boys at the football club think they are so clever.

In this sentence, the word “boys” act as the noun and “they” is the pronoun, because it has been used in place of repeating the words “the boys.”

Is the word “it” a noun or a pronoun?

Look at the following sentence:

I am scared of the dog, it is always growling at me.

It is a pronoun, a word that replaces a noun. It has been used to replace the reference to the dog.

For more guidance on nouns, take a look at this guide to converting a singular noun to a plural noun.

It is possible for the word it to be a noun if it is used as the proper name for something. For example, there is a novel called “It” that was written by Stephen King. In this context, the word “It” acts as a proper name for the book. Likewise, if you call someone the name “It” you are using a proper noun. In both cases the word “it” should have a capital letter because you are using a proper noun.

How can I differentiate between nouns and pronouns?

And that should answer the question “is the word ‘it’ a noun?”

Do you have any grammar questions you would like us to answer? Leave a comment and we’ll do our best.
Need help with your written English? Check out our proofreading services.