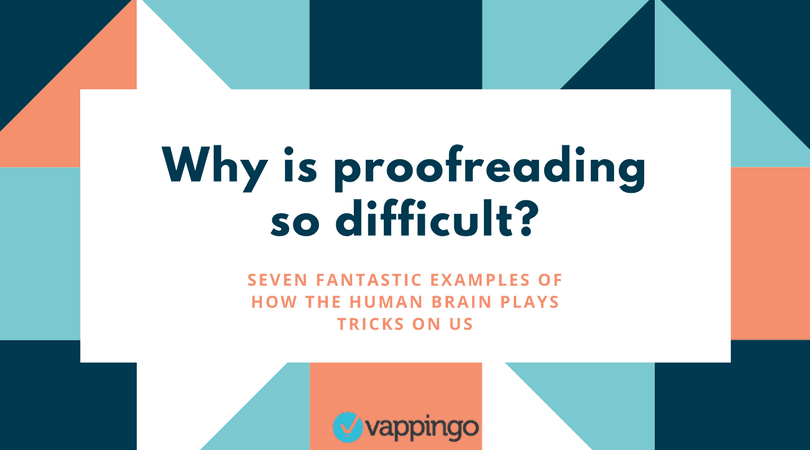 Proofreading tools, spellcheckers, and grammar software are widely available these days, so typos and grammar errors should well and truly be a thing of the past, right?

Unfortunately, while grammar software is beneficial, it is not yet sophisticated enough to spot all the mistakes in a written document. And it’s likely to be a long time until it is.

But we’re not exactly in a position to judge. Humans are also fundamentally flawed; especially when it comes to proofreading something we have written ourselves.

Because our brains play tricks on us, often to the extent that we simply can not see the mistakes that may be glaringly obvious to expert proofreaders.

Don’t believe me? Take a look at the following:

Pretty much everyone who uses social media on a regular basis will have seen this meme at some point or another.

This is a prime example of your brain playing tricks on you. Two things are happening here: 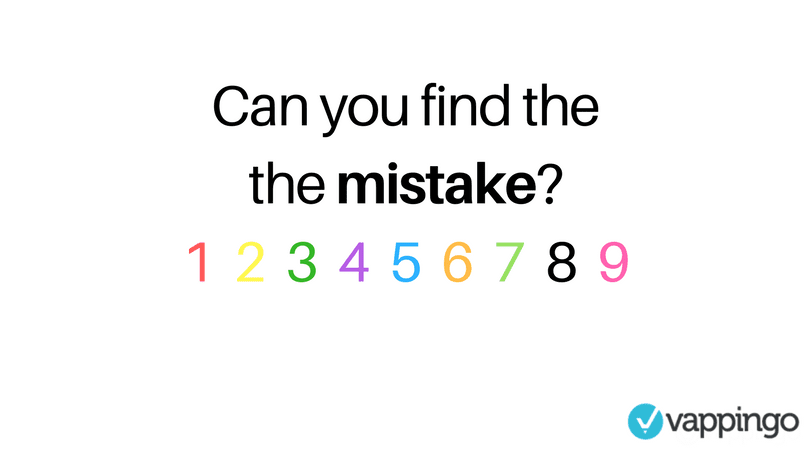 Did you find the mistake straight away?

Or did you have to look twice?

Can’t see it? Take a look at this one: 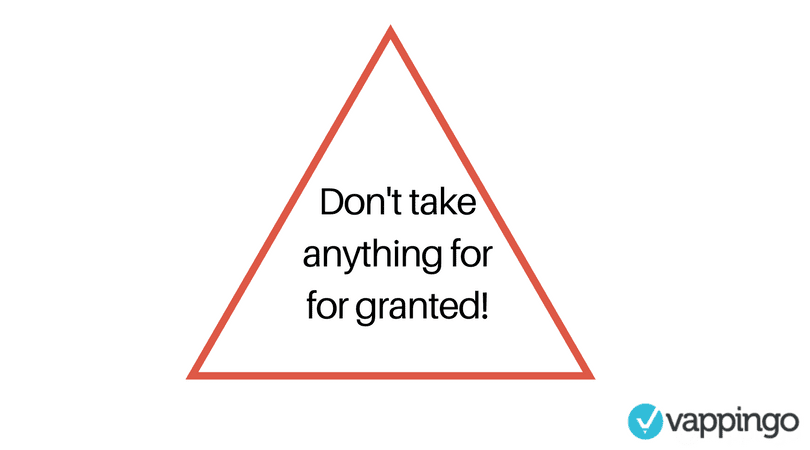 Are you taking things for granted?

Still struggling to find the mistakes?

How about a little help: 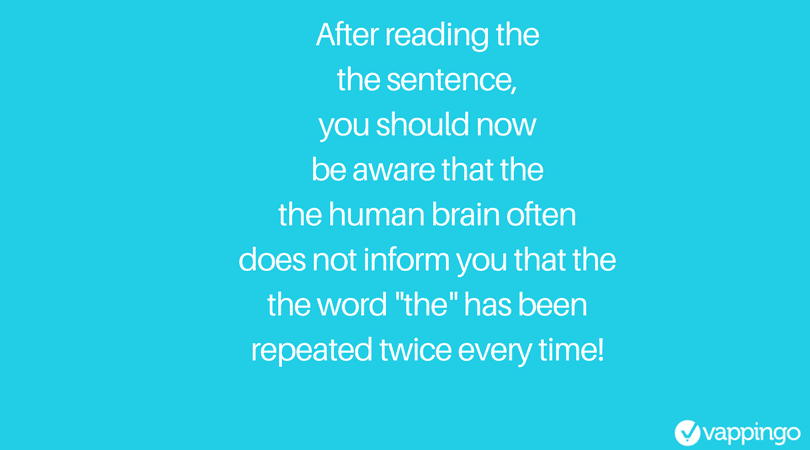 Nine out of ten people won’t spot the errors when they look at these memes.

This is not because they’re idiots or their English skills are lacking. Is it, again, because their brains have done an excellent job of tricking them.

In fact, if you regularly make these types of mistake, you should be giving yourself a big pat on the back for your superior brain power.

In an article that was published in Wired, a proofreading expert from the University of Sheffield explained how it is our intelligence, not our ignorance, that allows typos to slip through: “As with all high-level tasks, your brain generalizes simple, component parts (like turning letters into words and words into sentences) so it can focus on more complex tasks (like combining sentences into complex ideas),” he assured us.

When your brain starts to generalize sentences, you don’t actually see what’s written on the page. You are no longer reading; you are filling in gaps. And that’s how mistakes are made.

Qualified proofreaders know how to make sure the brain is in reading mode, not recognition mode. Take a look at these essay proofreading tips for some great ideas about how you can achieve this.

The difficulties you may encounter when attempting to self-edit don’t stop there.

Take a look at this: 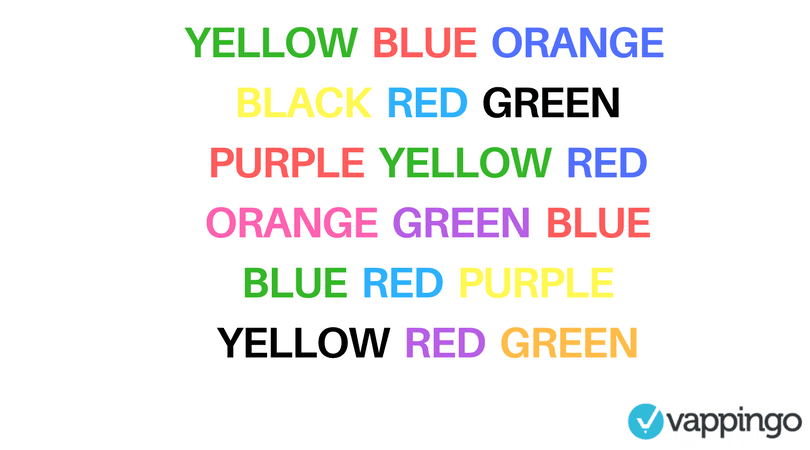 Can you read the words correctly?

Again, most people will struggle with this seemingly simple task and take much longer to read the words than they would normally.

You have the Stroop effect to thank for that.

The Stroop effect perfectly demonstrates how easy it is for our brains to get confused when reading.

So, do qualified proofreaders struggle with this problem? Apparently not.

According to research involving 12 professional proofreaders and 12 control subjects, during which the participants were tested on a Stroop color-word task, the control subjects exhibited more Stroop interference than the proofreaders. These results indicate that proofreading practice really does pay off.

The following illusion highlights why typos and spelling mistakes are so hard to catch by people who have not acquired solid proofreading skills. 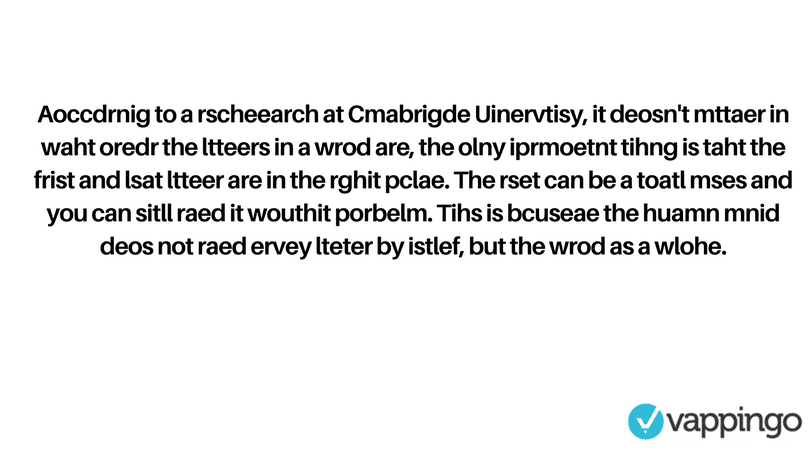 If you really do insist on proofreading your own writing, there’s a high chance you will be caught out by this type of thing.

Essentially, humans eventually stop being able to spot typos in their own writing. The brain enters into recognition mode, and the errors become hidden in the larger sentence.

So what makes proofreaders so special?

In addition to having advanced knowledge and understanding of English conventions and grammar rules, proofreaders haven’t seen your work before. As such, they’re reading the text for the first time and are much more likely to detect the errors you missed.

Here’s one final example for you.

How many Fs appear in the following sentence? 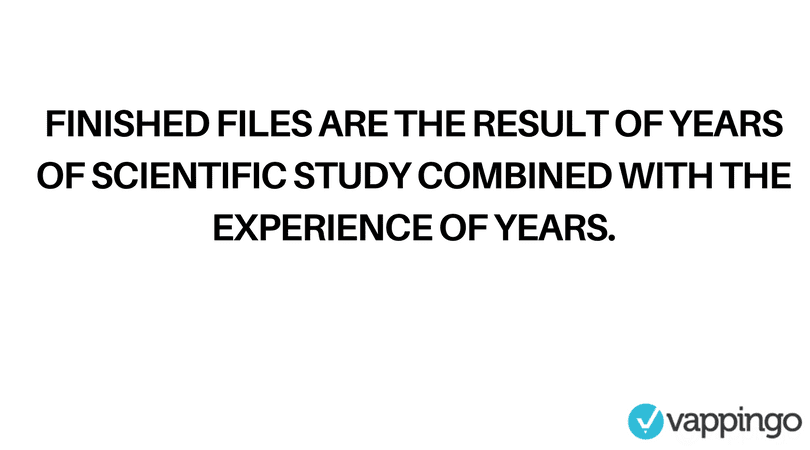 This is easy, right?

A surprisingly high number of people get it wrong.

Did you count six? If not, how did you miss so many fs?

There are two great explanations for this fascinating phenomenon:

The truth is that it is practically impossible to spot all the errors in your own writing. You quite simply can’t trust your own eyes and brain.

That’s what Vappingo is here for. Our online proofreaders will find all the mistakes for you, so you can publish with confidence.