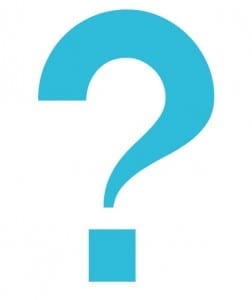 E.g. and i.e. mistakes are spotted on a regular basis by our proofreading team. In this article we take a look at the differences between the two latin abbreviations and explore how they can be used correctly in written English.

Have you ever seen a sentence that looks like this?

The Loch Ness Monster had the most amazing dreams, i.e. last night he dreamt he was an award-winning tightrope walker.

THIS IS GRAMMATICALLY INCORRECT

I.e. is actually an abbreviation of the Latin term id est, which means that is. I.e. should be used to clarify a fact or make something clearer.

If we were to replace the abbreviation i.e. in the above sentence with the Latin term it would look like this: The Loch Ness Monster had the most amazing dreams, that is, last night he dreamt he was an award-winning tightrope walker.

This implies that the Loch Ness Monster only ever dreamt of being a tightrope walker; this is not true. The abbreviation that should have been used is e.g., which means for example:

The Loch Ness Monster had the most amazing dreams; e.g., last night he dreamt he was an award-winning tightrope walker.

You should use i.e. when you want to explain something you have written by adding more information:

Swimming with a crocodile is like driving a dodgem car with your eyes closed; i.e., it’s not the most inspired idea.

The hobbit had attempted to jump the fence but missed and looked like a total buffoon; i.e., he made a bit of a fool of himself.

Use e.g. when you want to provide examples of something. E.g.:

The gremlin’s foul stench entailed that he was not allowed in many public places; e.g., Starbucks, Taco Bell and Walmart have all asked him never to visit their premises again.

The troll had a long shopping list that consisted mostly of out-of-stock items; e.g., Snail hair, essence of unicorn and salt and vinegar toenails.

So there we have it, you now have absolutely NO excuse for not knowing when to use e.g. or i.e.